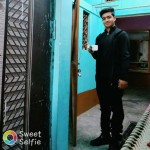 Russia Ukraine conflict has reached on its extreme level. Russian forces on Sunday fired rockets on the Mykolaiv region in southern Ukraine, killing at least one person, and a Russian diplomat called on Ukraine to offer security assurances so that international inspectors could visit a nuclear power station that has come under fire.Further the Mykolaiv region is just to the north of the Russian-occupied city of Kherson, which Ukrainian forces have vowed to retake.The Ukrainian emergency service said one person was killed in shelling early Sunday of the Mykolaiv region settlement of Bereznehuvat

Ukrainian cities shelled, including one near nuclear plant

Powerful explosions rattled the southern Ukrainian city of Mykolaiv on August 4 and a city close to the country’s biggest nuclear power plant sustained a barrage of shelling amid Russian attacks in several regions, Ukraine’s presidential office said.Generally Russia Ukraine conflict started in January 2021 when Ukrainian president Volodymyr Zelensky appealed the U.S. to join the NATO. Also Ukraine increased the prices on the gas pipeline of Russia, which was leading in Europe.Following the escalation of the Russo-Ukrainian War, generally Ukraine′s Crisis Committee approved by order of the Ministry of Energy of Ukraine decreed on 26 February 2022 that non-transit natural gas exports from Ukraine would be prohibited. By 4 March 2022 LLC Gas TSO of Ukraine had shut down 16 gas distribution stations (GDS) which, two days later increased to 39 stations. Further In Kyiv alone, six gas distribution stations were disconnected. It was provided service to 96,000 civilians. Shelling in the Luhansk and Donetsk regions increased the number of offline GDS to 93 by 27 May 2022.

On 23 March 2022, President Vladimir Putin announced that he had made a decision. The payments for Russian pipeline gas would be switched from “the currencies that had been compromised” (US dollar and euro) to payments in roubles vis-à-vis. The previously formally designated “unfriendly countries”, including all European Union states as well as Ukraine; on 28 March, he ordered the Central Bank of Russia, the government, and Gazprom to present proposals by March 31 for gas payments in rubles from “unfriendly countries”

——A paragraph of Wikipedia